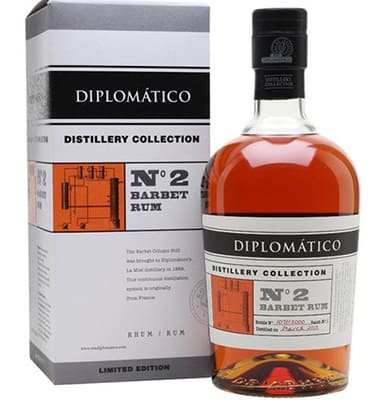 The Diplomático Distillery Collection was launched to show off the styles of rum that go to make their fantastic expressions. The second release in the range was named after the Barbet column still which arrived at Diplomático's distillery back in 1959 from France.

Softly fruity at first, with hints of green apple drenched in honey and fresh mango. Hints of charred oak develop, with a touch of baking spice joining in later on.