FREE DELIVERY when spending over €50 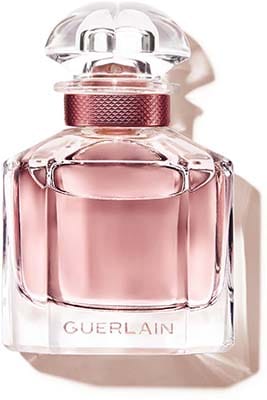 Mon Guerlain, the House's new fragrance, is a tribute to today’s femininity - a strong, free and sensual femininity, as inspired by Angelina Jolie. The bottle established itself as one of Guerlain’s iconic bottles. Simple and graphic, it echoes an alchemist’s bottle and owes its name to its stopper, which is crafted from one piece to obtain a shape resembling four lobes. A century later, beautifully enhanced by a luxurious glass weight and a golden adornment.